An eclectic Soho pub with a world-class Chinese kitchen

Set within the beating of Berwick Street market, The Duck and Rice serves game changing Dim Sum and an eponymous dish that attracts connoisseurs from around the world.

The Duck and Rice

Downstairs in the pub, traditional British ales sit alongside brewery-fresh Czech Pilsner and delicious cocktails. Upstairs, the dining room is luxurious and cosy, intimate but elegant, perfect for friends, families, lovers or colleagues. 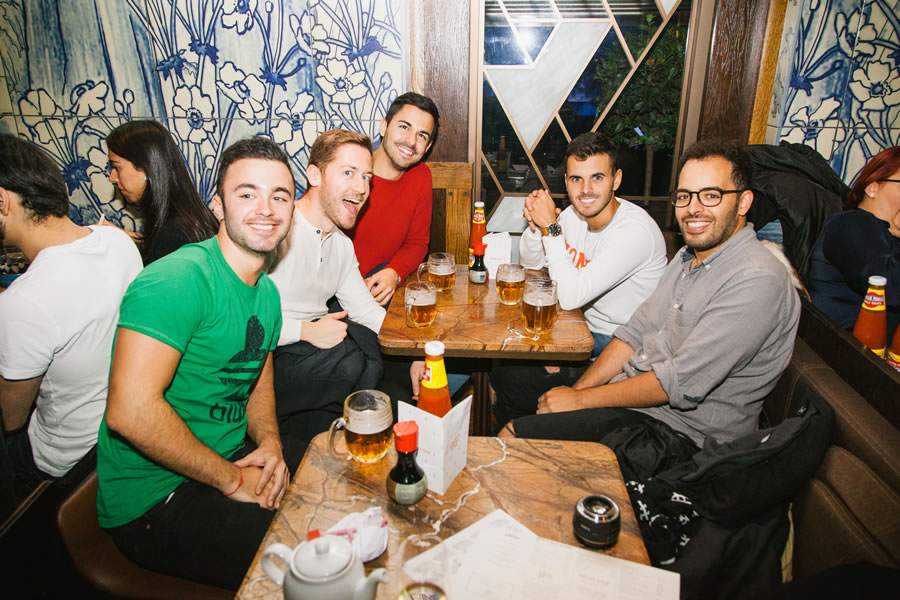 Whether they work in the kitchen, behind the bar, or front of house - our people are The Duck’s lifeblood. Passionate, positive, attentive, and authentic. They know what their regulars want before they’ve crossed the threshold, whilst welcoming newcomers like long-lost family. 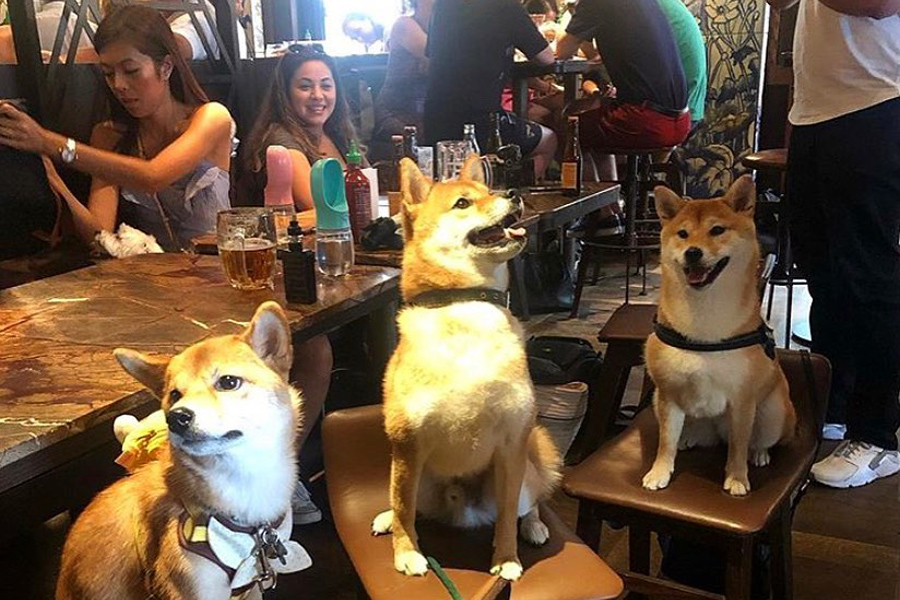 Even four-legged friends receive The Duck treatment, with a full-stocked supply of treats and dog-friendly beer. Being a dog friendly London restaurant is important to us; we show care and respect to everyone, and no pooch should be left at the door.

With our unique blend of tradition and modernism, comfort and extroversion, The Duck and Rice embodies the eclectic rhythm of Soho’s most iconic street.

The Duck and Rice. A clay potted history.

Although our own story is relatively young and unwritten, the site where we stand has been a home to Soho’s cultural flux for many decades. There will be someone after us, like there was before. And although the decor has changed (drastically), these walls have seen one constant: a home for embracing every man, woman, and their dog as equals. 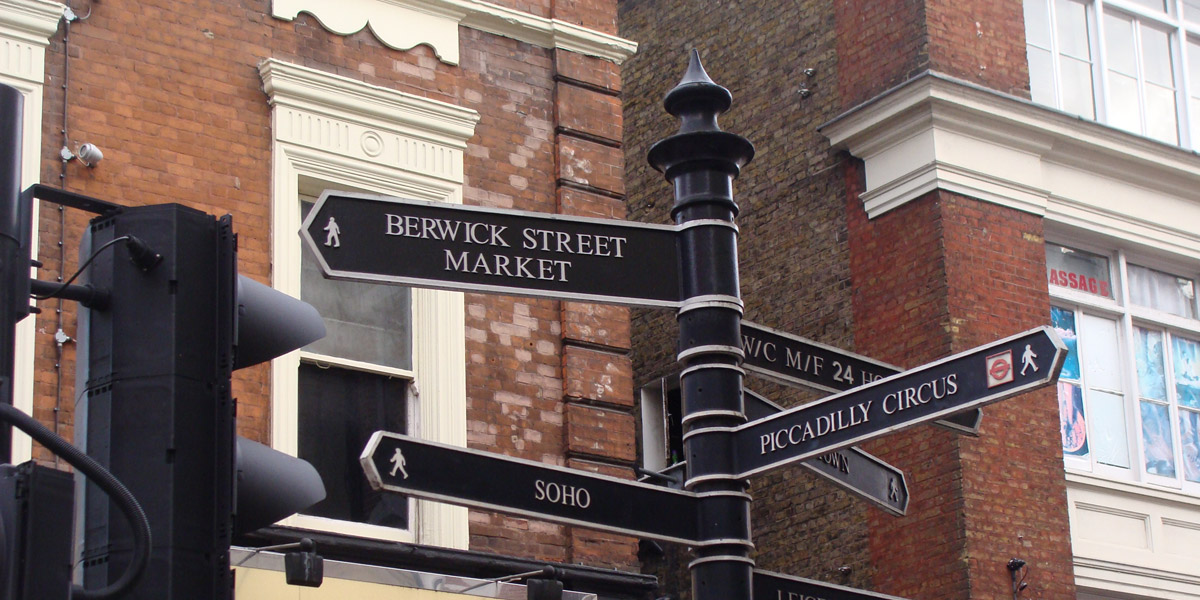 More than 350 years after it first opened, each and every cobble of Berwick Street was devoted to trade, with an umbrella of stall canopies capturing the cacophony of noise, profanity, and smell. Whatever you required, you were likely to find it on Berwick Street. Exotic fruits, fresh vegetables, foreign silks, and of course, the goods that could only be traded under the counter, proffered and bartered from sunrise to set. 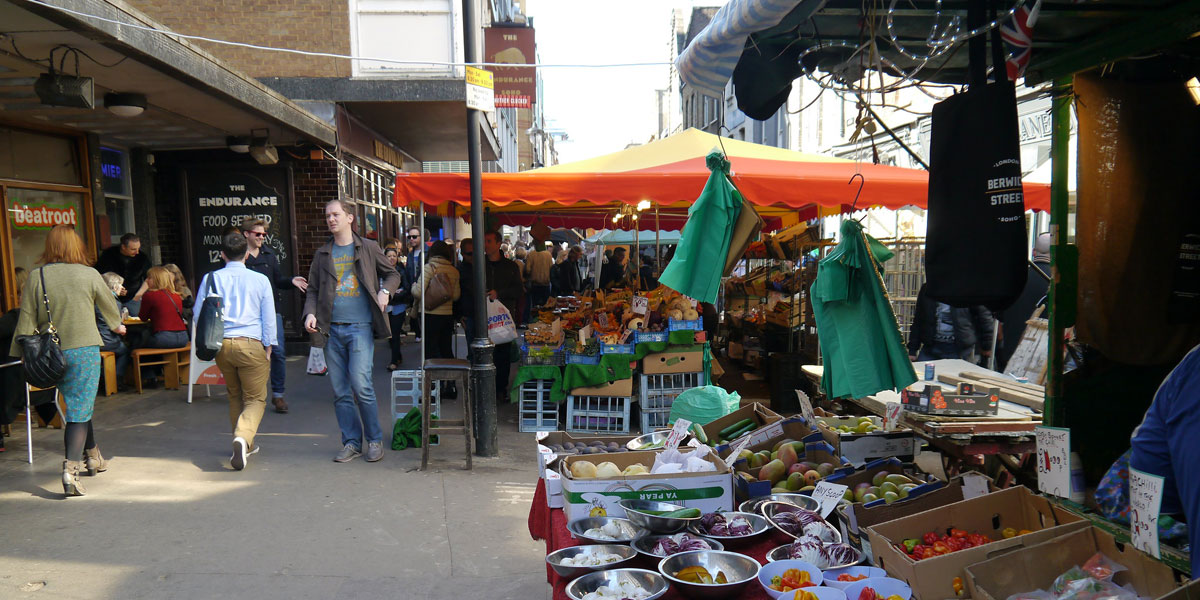 The Market was a home to all nationalities, popularised by Italian, Greek, and Hugenont’s setting up cafes and restaurants beneath overcrowded flats, sharing the cultures and delicacies of their homelands. In this respect, Berwick Street was the original bastion of London’s openness and tolerance towards immigration and diversity, sharing and celebrating in the notion of outsiderdom. A motley congregation of immigrants, restaurateurs, and eastenders, exchanging goods and money throughout the day, followed by stories in the evening, and drinking into the night.

For the latter, Soho has never been short of boozy, eclectic watering holes, a requirement for the boozy, eclectic locals wanting to let loose. Number 90 Berwick Street was rebuilt as The King of Corsica in 1961, named after the German adventurer Theodore von Neuhoff. After a short while on the Corsican throne, Theodore was forced to flee the island where he had fallen into unlawful debt, and came to live in Soho in abject poverty.

True to its namesake, The King of Corsica was safe refuge to any misfit or reprobate with good manners and an interesting story. Market traders, local gangsters, advertising execs, vinyl detectives - inside was just as chaotic as the market on the out, a multifarious harmony of accents and opinions. Corsica regulars were renowned and respected, including a man in a wheelchair who endlessly chain-smoked, despite his electric voice-box and, on one occasion, being attached to a drip.

But as Soho opened its doors to slick advertising agencies and inconspicuous investment banks, The King of Corsica’s sticky carpets and tobacco stained ceilings began to feel out of place, a familiar but dated throwback to the Street’s more bohemian days. The King was renamed The Endurance, a raucous market boozer serving gastro-style food.

Despite its name, The Endurance remained open for only a few years. 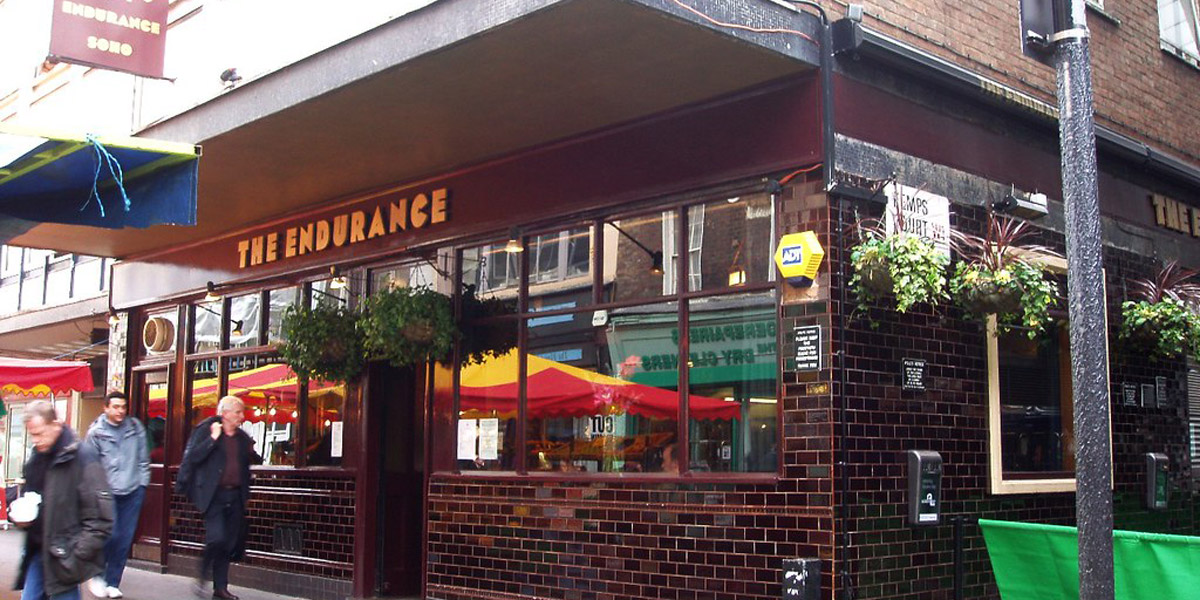 It was roughly at this time that world-renowned restaurateur, Alan Yau, would walk past The Endurance on his way to Yauatcha, located just one door down. Something must have caught his eye, because in 2015, Alan Yau opened The Duck and Rice at number 90 Berwick Street. 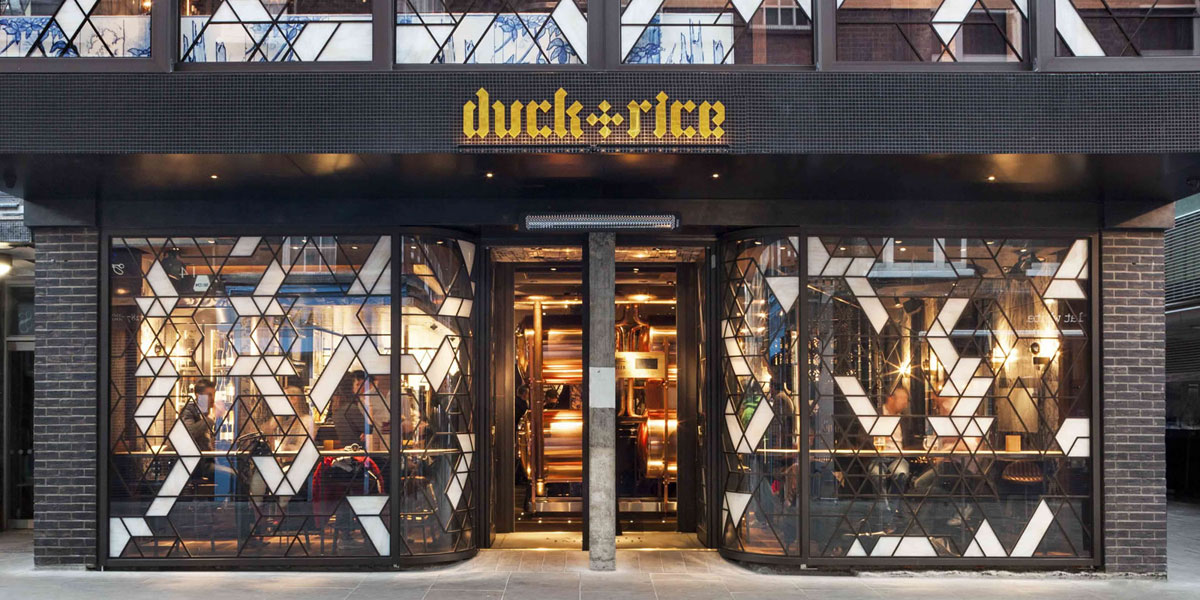 At pavement level you’ll find an English pub, refined to Alan’s signature level of comfort and perfection. Traditional British ales sit alongside brewery-fresh Czech Pilsner and premium cocktails. A confident farewell to pub food, our menu has been expertly created by Head Chef Hoong, to give an authentic taste of Chinese cuisine, always perfect for sharing. Crispy Duck and Lobster Cantonese, classic Chinese dishes, sit alongside innovative creations such as Venison Puffs and Black Pepper Mock Chicken. Over time, Japanese and Thai influences have played greater roles - inspired by the memory and experiences of Chef Hoong’s upbringing and travels - with the introduction of Katsu Curry and Hakka Paneer to the menu more recently. 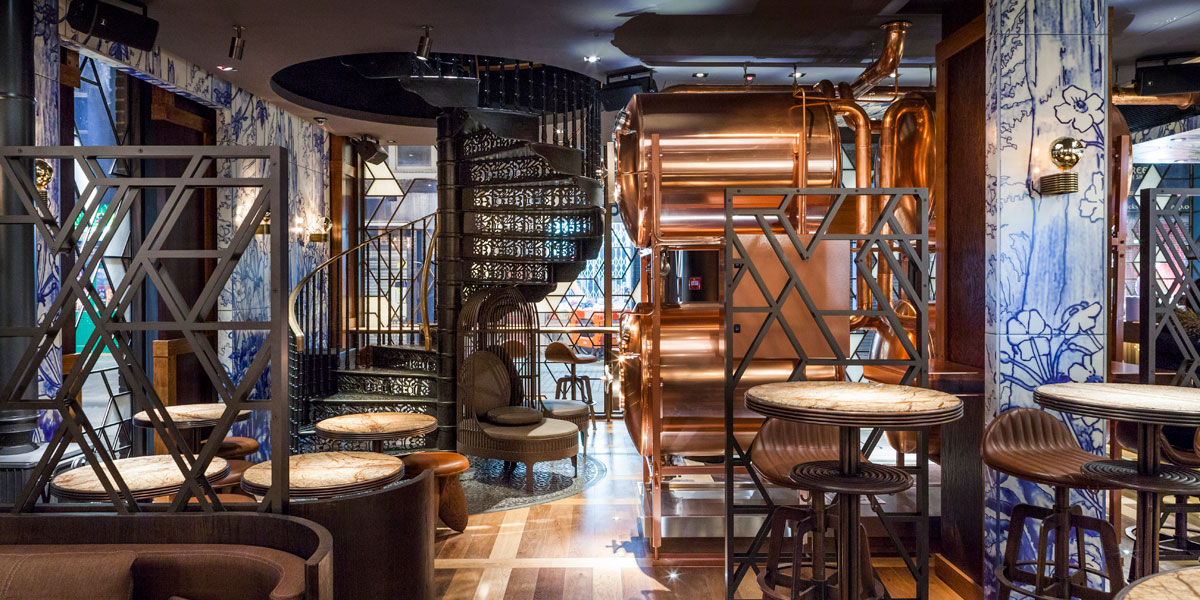 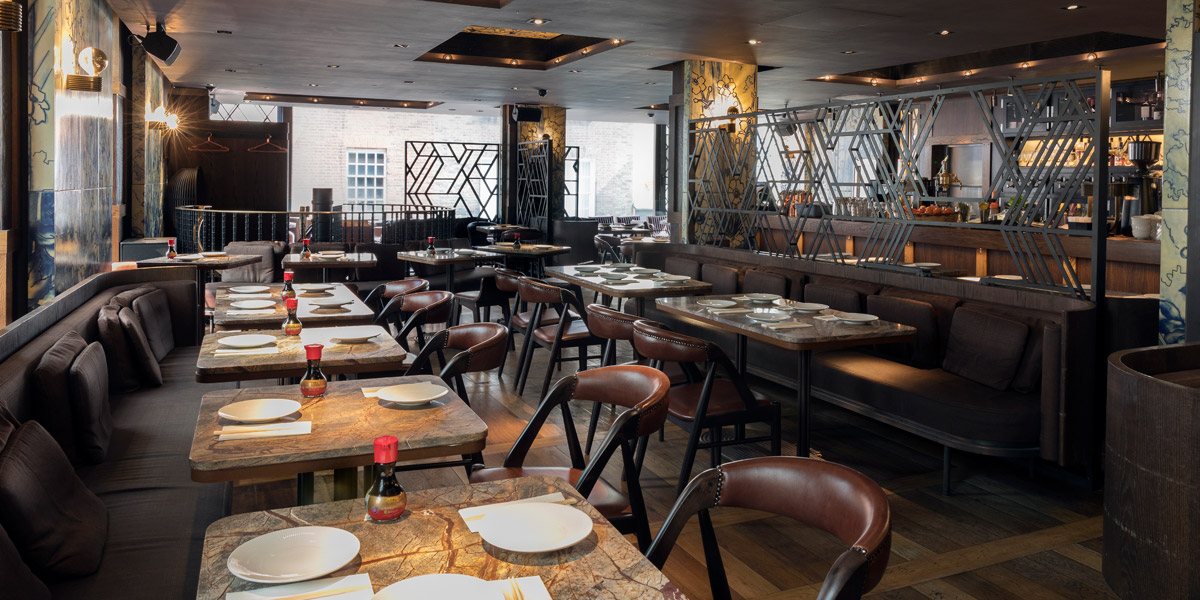 Up a winding metal staircase, you’ll find the dining room. Luxurious and cosy, intimate but elegant, perfect for friends, families, lovers or colleagues. A beautiful salon floating at ease above the street. From here, the hustle and movement of the market below takes on a filmic quality. Slow-motion, muffled shouts. A serene hideout removed from the bustle of Soho.

At its heart, The Duck and Rice is a reflection of Soho’s culture, diversity, and heritage. Our commitment to live entertainment sees an idiosyncratic calendar of Jazz, Bingo, and Drag Queen Quiz Nights, regularly packing out the bar. We champion grassroots talent, partnering with GW Jazz and Pilsner Urquell to find the highest level of young jazz musicians coming through the ranks. And we elevate local heros, with the nonagenarian Violet and illustrious Cookie MonStar stealing respective Sunday nights. 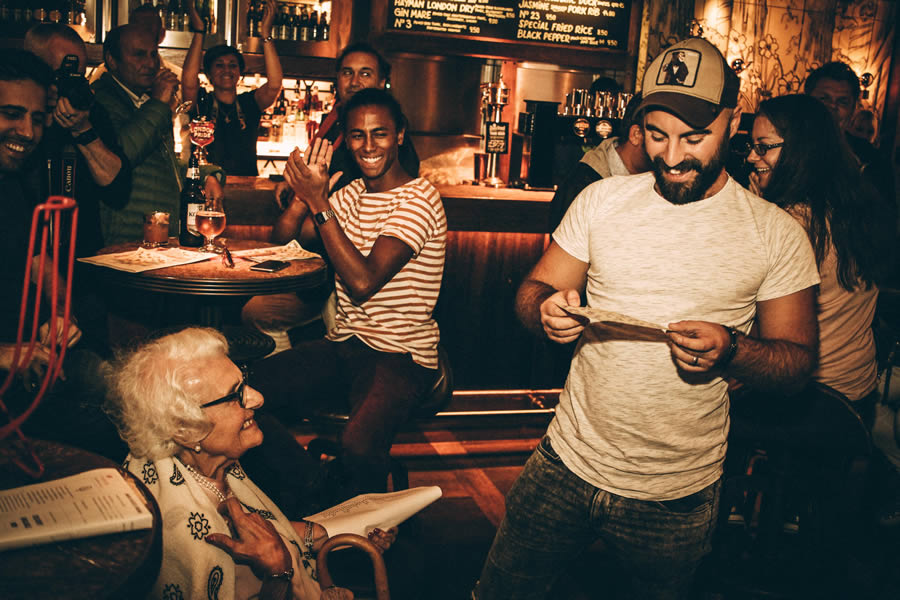 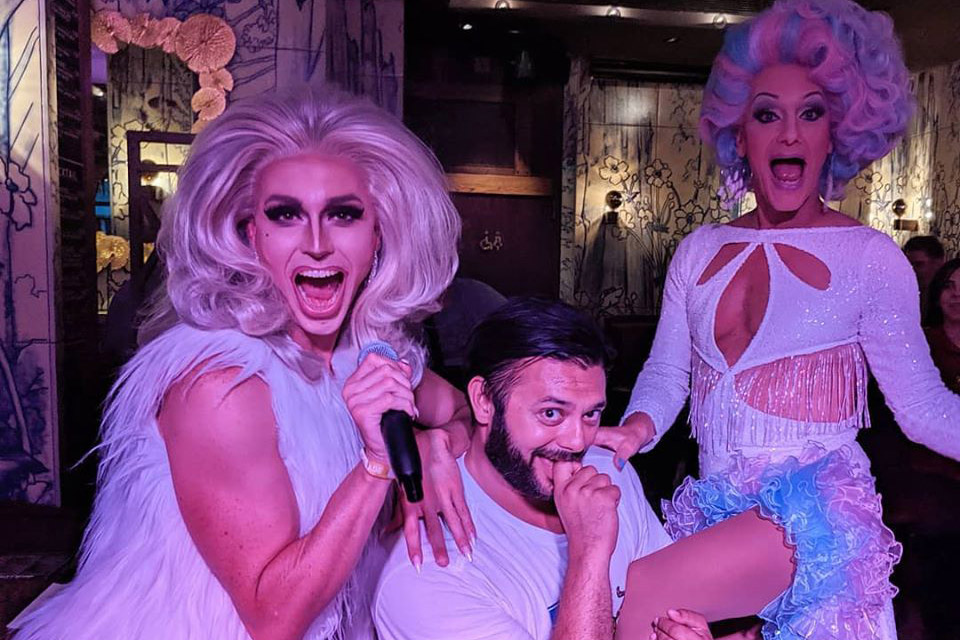 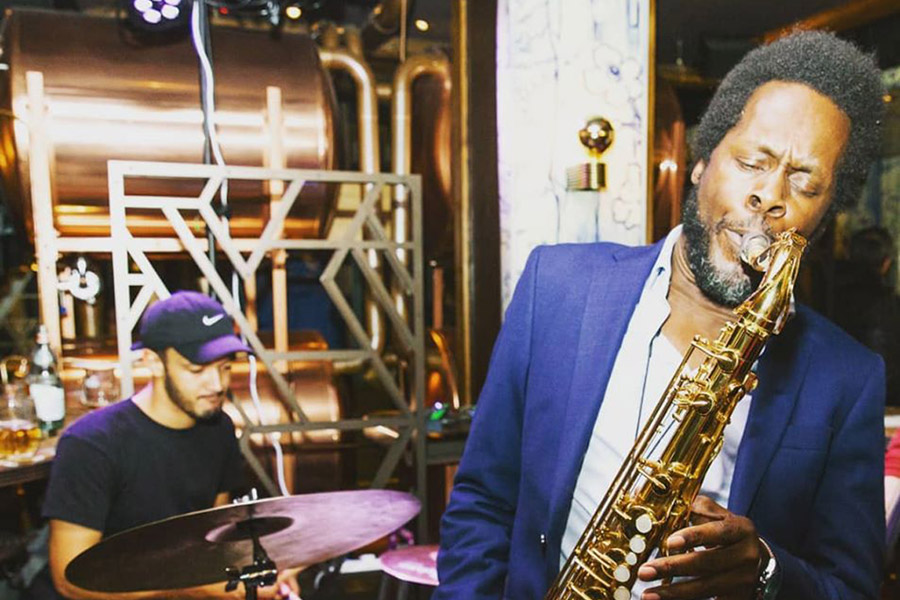 Lead by the ablest Chef Hoong, our kitchen team are unconditionally focused on quality and consistency. Every plate that leaves the kitchen must be fresh, full of flavour, and true to its cultural origins. Equally, all bar staff undergo rigorous training to pour the perfect pint of Pilsner Urquell, with bar leaders travelling to Belgium for their Tapster qualification. We take ownership and pride in the effort invested into what we do. It’s what will cement our own story here at Number 90 Berwick Street for many years to come. 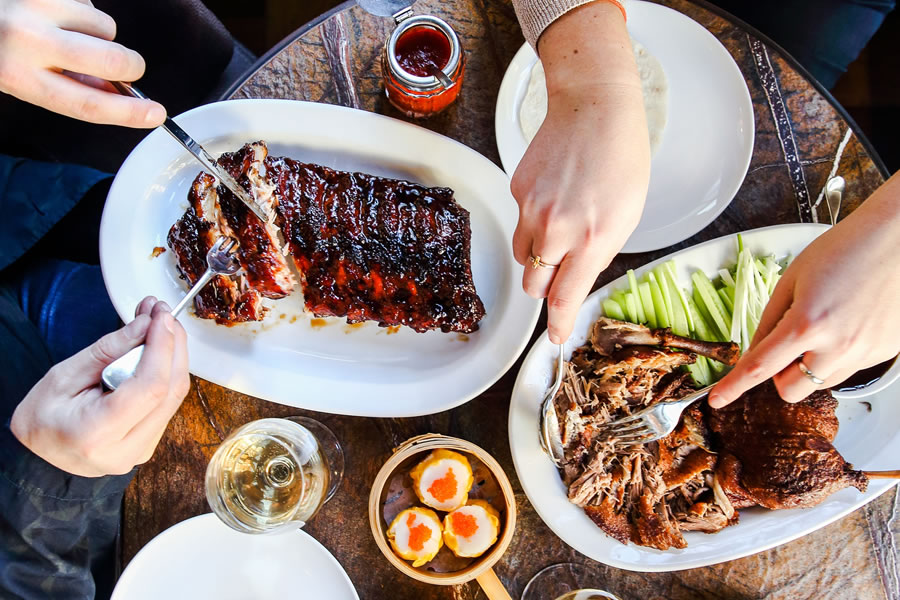 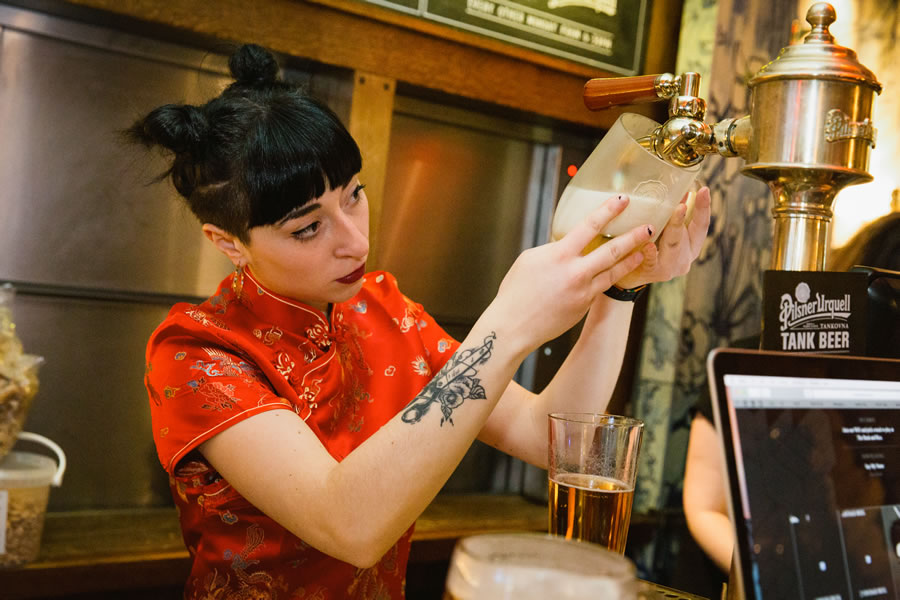 Diversity and openness, the preservation of Soho culture, a passion for authentic Asian cuisine, and the championing of self-expression. This is what binds us at The Duck and Rice, and this is what we celebrate.

We look forward to you joining us.